A triple bill in the Depot cinema in Lewes – FREE TO ALL!

Paine wrote three of the bestselling political essays of all time: Common Sense, Rights of Man, and The Age of Reason. His books changed the world and helped shape modern democracy. He lit the fuse for the American Revolution, was an active participant in the French Revolution and laid the foundation for political reform in Britain.

Melvyn Bragg travels from Norfolk to Philadelphia, New York and Paris as he follows in the footsteps of one of the great champions of democracy and human rights – Thomas Paine. Along the way, he shows how the freedoms we all now enjoy grew out of 18th-century Enlightenment thinking and were given popular voice in the works of Thomas Paine.

Melvyn visited Lewes and found out about Paine’s first writing ‘The Case of The Officers of Excise’ penned while Paine lived in Lewes 1768-1774. This features in this excellent documentary which was only screened twice on BBC 2 on prime time. Bragg managed to get the whole of Paine’s life into 60 minutes, and did it very well indeed!

The Case of The Officers of Excise: directed  by Mick Hawksworth produced by Artemis Arts
Runtime 20 mins

Mick Hawksworth was asked to produce a film about Paine in Lewes as a part of The Thomas Paine in Lewes festival. Mick is an accomplished director who has worked at the highest level for ITV and Channel 4 news. Previously Mick has directed and produced two documentaries for Lewes about Rodin and Caro, both screen nationwide.

Many Lewes characters were recruited to act in the film, some seasoned actors for Lewes Theatre Club including  Miles Jenner, Simon Hellyer and Roger Murray and others who showed their talents: Julian Bell, Adam Frost, Dave Hobson and Merlin Milner to name but a few.

Mick wrote the screenplay based on Thomas Paine in Lewes 1878-1774: A Prelude to American Independence by  Colin Brent Deborah Gage and Paul Myles. It was shot in Lewes over one weekend and to date has had one screening in a Lewes cinema. This is a rare outing for this still relevant film.

Thomas Paine: The Case of The Officers of Excise by Paul Myles
A short talk with Q&A

An introduction to the publication of Paul Myles’s latest book, showing the events that led to Paine being plucked out of obscurity to pen his first national document, here in Lewes.

Paul will show the documents that lay hidden in the Treasury Boxes in the National Archives – the missing signatures. This tells a different story about Thomas Paine, about how he was trying to make things better in the United Kingdom with the help of some friends in very high places.

A quote from Professor Richard Whatmore of the University of St Andrews (History and Intellectual History) about Paul’s book:

“This original and scholarly work explains the rise of Thomas Paine, who was chosen by a Commissioner of Excise, George Lewis Scott, to write The Case of the Officers of Excise, a work which identified and condemned the deep corruption within the English excise service, and called for the organization of workers to improve their pay and conditions. The origins of Paine’s links with figures such as Benjamin Franklin, so important when Paine moved to North America, is thereby explained”

The book is due to published early next year, and this is a peek preview of the story that emerged from the finding of these documents. 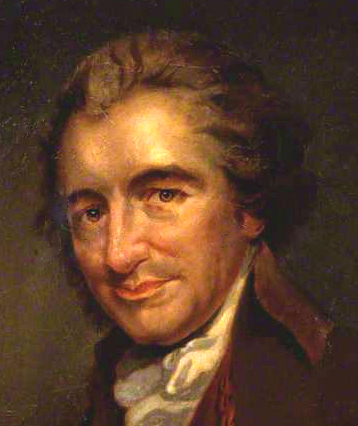 Supported by Lewes Town Council and The Depot cinema, Lewes and The Thomas Paine Society UK