Made in 2020 by University of Surrey graduates in Film and Video Production as a group final year project, this is an entertaining look at Lewes through the eyes of prominent local people.

Film-maker Martin Kadiev explores the revolutionary side of Lewes, and learns that however independent they appear to be, the people of Lewes are strongly engaged with their community. 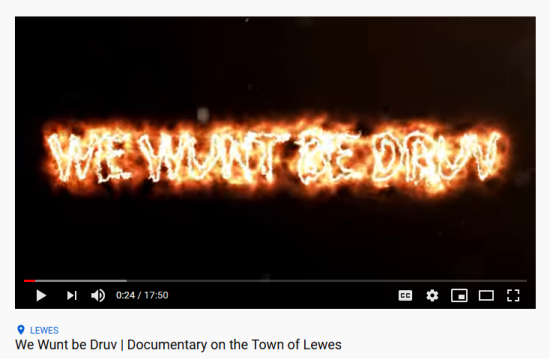 Still taken from the film