Representations made on planning applications following the meeting of the Planning Committee held on 6 June 2019:

SDNP/19/02185/HOUS: New first floor extension to existing single-storey house including timber cladding with black window frames, photovoltaic panels mounted at new roof level, new ground floor entrance lobbies and replacement windows, with timber spandrel panels to match new first floor extension, new sedum-planted roof coverings to existing flat roofs, and general improvements to hard landscaping to front of house.  4 Park Road.
A range of views were expressed on the application with no one strongly objecting to or supporting the proposals. Following a lengthy discussion it was felt that the new owner is entitled to alter the house to match current lifestyles provided that this is done with sensitivity and respects the qualities of the existing house. The design of the new cantilevered box was felt to be in keeping and the scale, materials and flat roof were in the same idiom as the original John Schwerdt design. There was concern that the planners had influenced the design with the introduction of ‘playful’ elements such as brise soleil etc. There was a strong view that the detailing will determine whether the design is successful. Given the heritage important of the building it was agreed that the following neutral representations should be submitted that do not object to the proposals but articulate the concerns raised about details of the design:

The Schwerdt house in Park Road is an important heritage building in Lewes which has survived virtually unaltered since the 1960’s. It is a high quality design that is an excellent example of the optimism of the period; the self-effacing, rational elevations and simple materials look almost Spartan by current standards. The Society recognises that the new owners have the right to alter the house to meet current lifestyles. It does not object in principle provided it is done with sensitivity, respects the qualities of the existing house and does not have a significant adverse impact on neighbours. The Society was concerned to read in the Design and Access statement that pre-application advice encouraged adding “an element of playfulness to the ‘austere’ design of the extension” It considers the scale, materials and flat roof of the first floor proposed should be in the same idiom as the Schwerdt design and respect the heritage of the original building, both internally and externally. The success of the design is dependent on the detailing of the building which the Society has been unable to assess from the drawings submitted with the application. It would welcome more details being provided.

SDNP/19/02039/FUL: Proposed extension of existing workshop, and subsequent change of use to create 1 x two bedroom dwelling. 1 Morris Road.
Friends of Lewes object to the mix of modern and traditional design of this development which does not fit in with the surrounding area. An alternative design that is more sympathetic to adjacent buildings in the Conservation Area is required.

SDNP/19/02205/HOUS: Proposed loft conversion with formation of rear dormer and roof extension. 32 The Meadows.
Friends of Lewes object to the proposed box dormer which is too large and does not conform to the recommendations set out in the Friends of Lewes ‘Planning Advice for Dormer Windows’. The design, which includes altering the hipped roof to a gable end, will make the pair of houses unsymmetrical and visually unbalanced.

SDNP/19/02239/HOUS: Proposed erection of a two storey side extension. 51 Hawkenbury Way.
Friends of Lewes object to the felling of the mature tree that is covered by a TPO as it sets a precedent for felling mature trees in favour of development. It would take a considerable time for any replacement tree to have the value of the existing mature tree, e.g., in terms of carbon sequestration etc. The i-Tree Eco Survey, Lewes has identified the need to almost double tree canopy cover in the town from 11.5% to at least 20%. The development proposed is contrary to the need to improve the situation.

SDNP/19/02464/FUL: Proposed replacement railings and gate to rear entrance, proposed planting boxes to front elevation and proposed lighting to front elevation. 65 High Street.
Friends of Lewes have supported and commended much of the restoration of the former Post Office. However it objects to the proposed railings to the rear elevations which it considers are too big and elaborate. Simpler railings are required that are more in keeping with the area. The Society also objects to the uplighters to the first floor windows which are contrary to the Dark Skies Policy of the National Park. Finally, the planters proposed at ground level are considered inappropriate in this location.

SDNP/19/02253/FUL: Replacement of two second floor sash windows (West elevation) including associated making good/decorations. Flat 3, 10 Waterloo Place.
Friends of Lewes support the renovation of windows at this property. However, it comments that the proportions of the replacement windows proposed are not Georgian and the renovations present an opportunity to get the design of the windows right, historically.

The Committee also examined the following applications and had no observations to make: 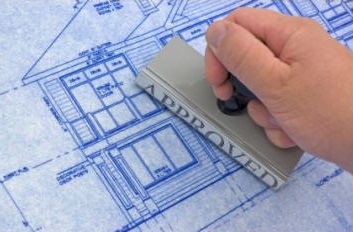